All the large low-cost airlines provide airline service to destinations in Spain.

Discount airfares are available to Barcelona, Madrid, Malaga, Girona and other cities.  Frequent service is available from London, Berlin and other northern European cities. 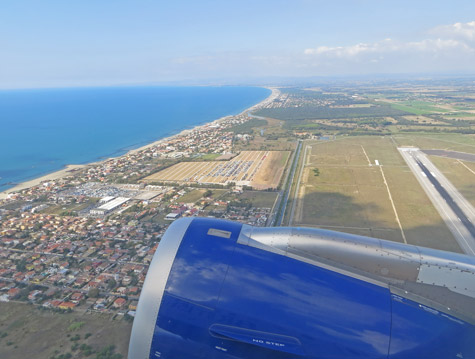