Berlin is a major airport hub for many discount airlines operating in Europe.

Air Berlin offers flights from Germany to destinations throughout Europe.  Easyjet and Ryanair provide frequent service between airports in the United Kingdom and Germany. 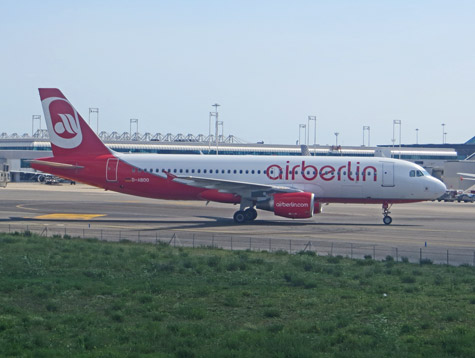 The following table summarizes the principal low-cost airlines that are provide service to Germany.